It was years ago when we decided to escape from crowd˛ stress and thousand of Tehran small and big problems. Since two of us were originally from Gilan province the first idea was to live in Gilan nature. Unlike our families who live in city we rather to live in a village. Our dream was to live in a village house with a lot of hens, chickens, cows and other farm animals in order to clean the footprint of urban style of living with all its problem.

After 3 to 4 decades living in a city, it was time for change and to live our dreams. We moved to Sarkhoshki village, a place among Caspian Hyrcanian Mixed Forests ecoregion, somewhere between forest and the sea. We chose this place because we wanted to have all nature of Gilan around us. At first we did not think we could manage to change our style of life because everyone frightened us by their attitudes. 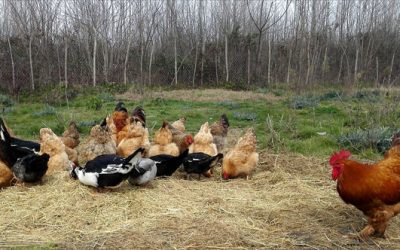 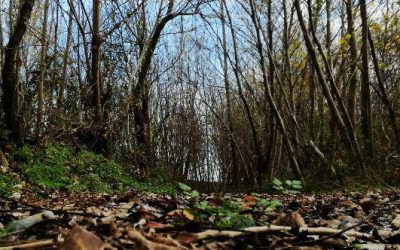 We experienced more than or dreams, the joy of feeling chickens, catching eggs early in the morning from chicken house, picking fresh vegetable from the small farm, seeing fresh eggplants and local tomatoes, hearing forest sound after a long rain, sleeping on trace of village house with the sound of frogs, the taste of fresh fish and thousands of other things are our joy for living here. The joys that should be felt not to dream.

After a while everything around us changed. Rain was not only a romantic weather, it was a gift for our farm products. The sea was not only the place for swimming but was a place for fishing people source of food.  This was how we decide to move to nature and decided to share our experience with other people who like to live in a village and nature.

We started making traditional pergola gradually we added a native domestic village old house and also we decided o serve local traditional food and we let our gusts to go to small garden and pick vegetable, feed chickens, they make their breakfast with the eggs they collected from chicken house and they sleep at night on a trace by listening   to the sound of jackal, dogs and crickets.

We understood that many people before us had this idea and did it . It is called ecotourism.

We searched and among Gilan ecotourism house of museum of saravan village to make a same house in our land but they told us to move an old house to our land.

We went and saw the house a 50 years old house in a village in Lahijan city. The owner of the house Isakhan and his wife passed away years ago. One of his granddaughter did want to ruin the house and its memories. She was trying to give it to people who want to keep it. Finally we bought it and our project team moved it and relaunched it in 3 steps; dismantling, moving and relaunching.

At the time of making the house we were getting permissions and licenses for our Eco-lodge for the name Lotka. This name was the name of the boat the village people use for fishing in the river. This word comes from Russian and mean more to people than a simple boat because it makes money for village people.

After a while, we built the second residence with the name of Orjeni. This name is due to the particular shape of the walls of this house. The wooden house has three rooms, each with a separate balcony.

Now we are eagerly waiting you to share our enjoyment with you and hope that one day you decide to make your dreams come true.